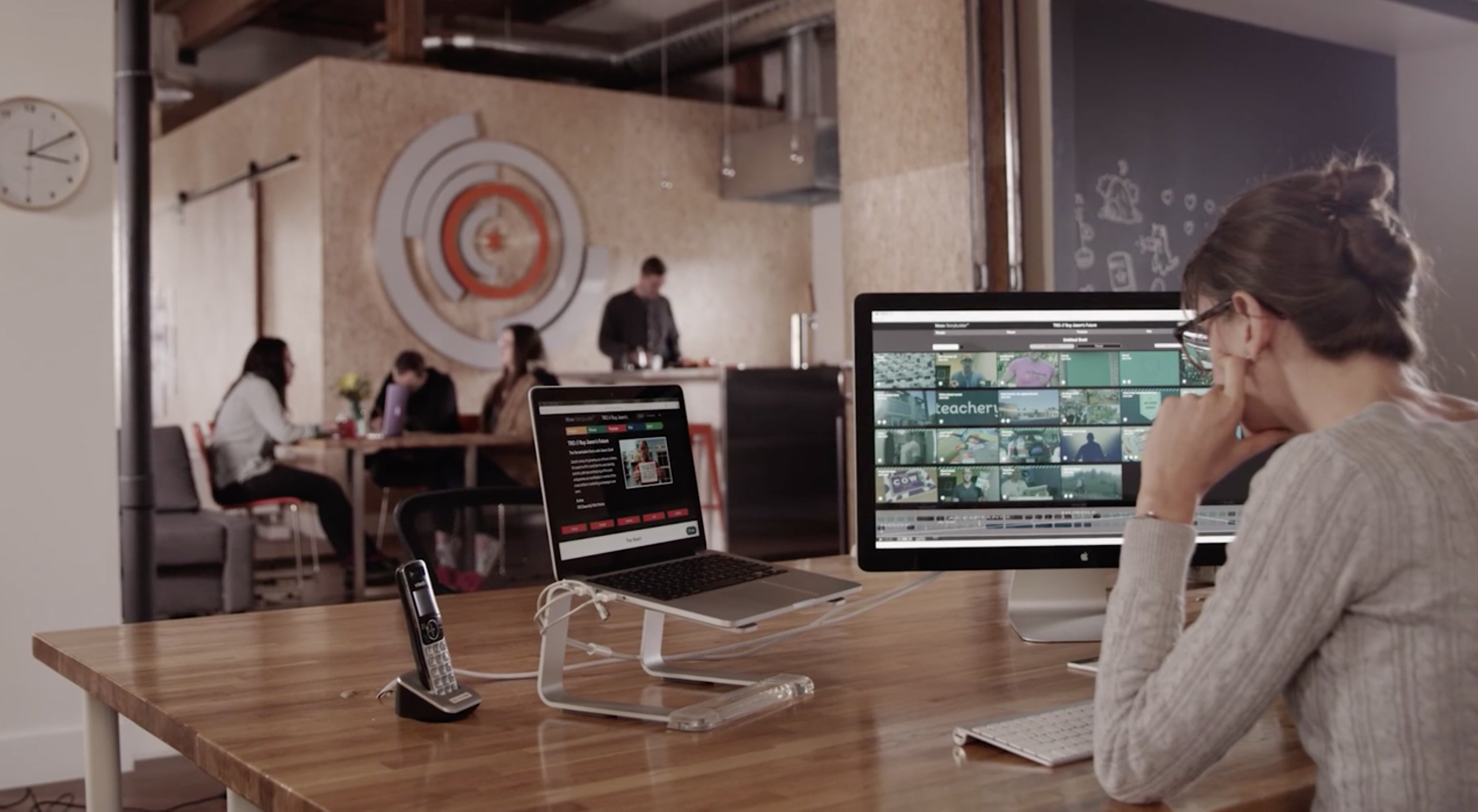 We Almost Told the Wrong Story

Gotta Ask Yourself:
How Intentional Is Your Plan?

A few weeks ago, we were approached by a client to create a launch film for their new software product. They thought they had it all figured out: The story arc would follow the journey of making the software, the film would be 12 minutes long, and would have 12 characters. Oh, and we needed to make it in a week.

So we started asking questions, as we do—because to create really extraordinary engagement, we first need to know a few things:

Here’s the kicker. That client was Patrick Moreau, founder of Muse Storytelling, but also co-founder of Stillmotion. So these conversations were candid, to say the least. We challenged him on his view of the launch, and whether his current plans were going to yield the kind of results he really wanted.

The trouble is, it’s hard to see the answers sometimes, especially when you’re as close to the project as Patrick and Muse were. It’s hard to step outside the confines of your proverbial box and assess things objectively when you’ve been living and breathing the details so intensely.

Will a C-level executive share a 12-minute film with her colleagues? That might be a tall order.

Together, we realized that the length of the film might be a show-stopper for any kind of share-ability that we hoped for.

Secondly, would the audience care about Muse’s journey to make the software? Maybe… Would they care more about how the software could help them solve a problem they had? Probably.

So we asked ourselves… should this be two films instead of one?

If we create a “why” film that puts all the focus on emotional connection, people who connect with the philosophy will naturally want to learn more about the company, and ultimately the product.

Then, the second film, an “explainer” video, would satisfy the “what” and “how” questions that the audience needed answered.

Alone, an explainer film does very little to convert. Since product films are purpose-centric, they lead with facts. And because facts appeal to the intellectual over the emotional, they don’t do a great job of keeping a viewer’s interest over time—unless there’s an emotional component built in too.

In this case, we decided together that the best way forward would be to hook our audience with an emotional film, and direct them to the explainer film for when they craved more information.

With the plan in hand, we went into the interview setting. I was directing, which meant that I was asking the questions to probe Patrick to reveal his “why” and the purpose that propels his vision over at Muse.

What happened was transformational.

The moment I probed him about his purpose, he became silent. And what came next was so powerful, so intensely emotional, that it caused us to pivot our whole approach to the “why” film. Instead of making the film about the greater “why” behind Muse, we would center the film around this one answer.

Now, what Patrick did was very brave. He basically spilled some of his most intimate feelings for the world without a second thought. Not everyone can or wants to be this open, and that’s ok. But the more you can share the deeper why behind your cause, your mission, your company, the more people will feel a connection to you and your brand.

The response we’ve seen to this film and the following explainer campaign has been tremendous, both on the warm-and-fuzzy “engagement” side and the hard sales ROI front.

By leading with an emotional experience, we created a space where people could connect with a single individual and empathize with his purpose. We took an already loyal audience and gave them a reason to try a piece of software that could transform their own storytelling skills. But we also grew our audience through the share-ability of the film. And as new connections were made, they were based on a foundation of authenticity, purpose, and personal connection.

Which is everything the Muse team and Stillmotion are about.

A huge benefit of this approach to loyalty is the engagement it creates in your users. When people feel their own devotion to your “why,” they want to help and to become a part of your mission. When your audience is that invested and feels a sense of ownership over the impact they can make in your journey together, things like this can happen:

Client testimonials are one of the most valuable things you can share because of their inherent third party authenticity and the faith that they communicate. Think about how much time and work it took for TheStoryBoxes to make this! Without any gain other than to support our mission to help storytellers, they made this testimonial simply because they wanted to help. And that speaks volumes to the other storytellers in our audience thinking about subscribing to Muse’s Storybuilder software.

In other words, share the love! Share your why! Share the emotional side of what you do, whether you’re a nonprofit helping girls in Africa get an education, or you’re a for-profit that makes a product that’ll change the world.

Question your plan from the inside-out. Assess it for intention. Think critically about how to best achieve your goals—whatever they are—and don’t be afraid to iterate or even do a 180. And only then move forward with the confidence that you’ve got a plan worth executing.

Generalizable to life itself? Quite possibly so.