We’ve all been there…

“I’ve got a great idea for the video. Can you shoot me tossing my bouquet? It will be great!”

“Be sure to get some shots of us cutting the cake and smearing frosting on our noses!”

Your heart wants to say yes, because these are nice people. But your storyteller’s mind wants to say, “Not so fast, remember I’m the filmmaker, you’re the client… and I know the best ways to tell a story through film.”

Seriously, don’t say that. But the point is, that’s what you would like to say…

So what can you actually say to stay on good terms with your client while sticking to your guns and doing what’s best for your film?

How do you harness the power of saying no?

Denying ain’t easy, but there are a few things you can do to make yourself a better nay-sayer.

We’ll get into HOW to put those three pointers into action in a bit, but first we’re curious… why is it so hard for people to say no to each other at all? 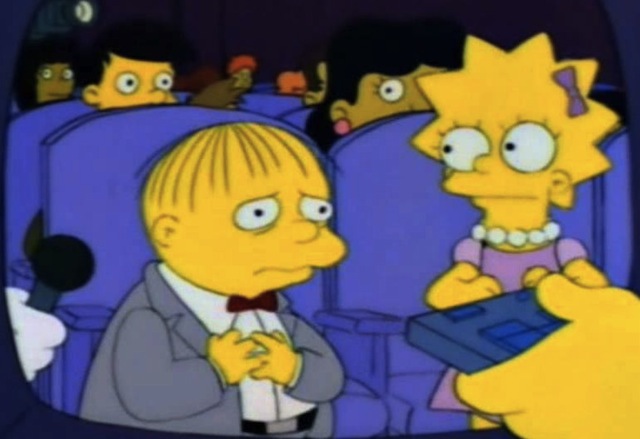 Why it’s hard to say no…

There are lots of reasons why it’s hard to say “no” to someone who is offering what they feel is a good idea.

They’re paying YOU, and you want to give them what THEY want — they’re the customer, and you’re supposed to be courteous.

In life we don’t like to say “no” — it feels wrong, it’s awkward, it just feels mean. No is bad, yes is good — it’s the social norm! Even when we do say “no,” it’s relatively easy to get talked in to saying “yes.”

We want to be flexible, we want to be considered “easy going,” and agreeable. The relationship with the client is important, and if we want to keep a good one we feel like we need to please them all the time.

And, above all else — the success of a project is dependent on the way the client feels the about the end result.

So therein lies the opportunity — and the responsibility for you as the filmmaker.

The story your film tells has to be congruent with the story the client wants shared.

You want the client to be happy with the final deliverable, but you also want keep the client happy during the process of the film being made…

Why it’s important to say no…

Why are we so insistent on saying “no” — does it really hurt so much to just give the client the shots they’re asking about?

Whether it’s a wedding film, a commercial piece, or something we’re shooting for fun, we make sure we KNOW what we want to say and just as importantly, how we are going to to say it.

2. Story relevant material only. By sticking with the plan, we don’t leave a lot of room for requests for things that aren’t story relevant. One shot of something that doesn’t line up with the dialogue being spoken or the narrative being shown can actually ruin the experience for the viewer and make the piece feel off.

3. You’re confident, you’re an artist, you’re a badass. If you spin it correctly, saying no can actually often work in your favor. There’s a saying along the lines of “if you never say ‘no’ then your ‘yes’ is meaningless”… and it’s true. Do that enough times and someone really can feel that yes-person coming from you. Saying no is certainly more difficult and scary, but often it’s going to make you appear to be more professional.

Well that’s great, but how do you actually SAY no without making things super weird/awkward/burning them?…

How to say no…

So, to return to the example of a bride asking for a shot of her cutting the cake…

When someone who is not 100% aware of the structure of our narrative and how we plan to shoot it comes in and tells us what they think will add to the story, WE DON’T AUTOMATICALLY dismiss their suggestion.

Instead, we think critically about how their suggested scene fits in with the film.

If the shot is not in our list, does it fit with our keywords? Will it add to our story? Do we have the time to capture it?

If the answer to these questions is yes, then the response to the suggestion will go something like, “Wow, thank you for the suggestion. I think it might be a great fit for the film. We’ll do our best to make it happen.”

If the answer to one of those questions is no, then it’s time to explain why the shot is not the best fit for your production.

Here’s the three major things we always remember (in case we gotta do some nay-saying):

This is advice we always give. Knowing the story well is always going to make the whole film better all around.

Wen it comes to saying yes or no to something that might go IN the film… you better do your homework! Know what you want (and don’t want) going in the film, and prepare for that.

Why are you saying no? Seriously, why? You have a good reason, and that’s what you need to share with the client. Honesty and reason goes a long way when you’re telling someone no! Your “no” is something that get’s the client to understand your side. In your “no,” address what they suggest, but explain why the story will work the way you’ve planned it out.

“Thank you, I will consider that. If I can make it happen, I will.”

“I have an alternative idea, and here’s why it can work…”

“I really like that idea, but for this specific project, it I don’t know if it’s a great fit— Here the vision we’ve got for the shots in this piece…”

Gather your courage. Remember your reason. Say “no” like you mean it, because you do. Make eye contact with the person you’re talking to and make it clear that you are listening to them and their thoughts.

Confidence can really go a long way here — in a confident “no” you can find moments to insert humor and lighten the mood, and move on quickly because they’ve seen that you are standing by your ideas.

“Be confident” is of course one of those things that’s easier said than done… but we’ve always found that our most confident moments come from being prepared. Believe in your idea, and examine it from all angles. Do your research. Take time to anticipate the kinds of shots a client might ask for…because if or when they do, you’ve already got your responses prepared.

You’ve got the power!

We appreciate the power of a good pump-up jam, so feel no shame about blasting this song before or after you meet up with a client that you’ll be saying “no” to.

If it helps, while you’re delivering your “no” imagine you’re standing at a podium with a really killer flattop.

A lot of people don’t understand how filmmaking actually works.

But you do, it’s a skill you have. Use your knowledge of this art not only to make something awesome, but explain the reason behind your choices. Sometimes you’ve just got to bite the bullet and say “no” — and it might just be awkward….

But once you deliver the final film and it’s really great, they’ll understand, and they’ll probably forget all about some of those requests — because you’ve got the power!

What are your go-to phrases for telling someone “no” without being a jerk?