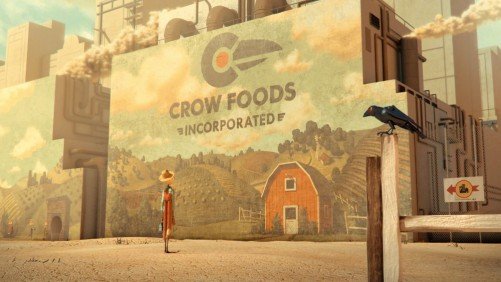 Back in 2006, filmmaker Tim Piper set out to tell the story of how a cosmetic product ad gets made. He teamed with Dove to do so. Two ads were made as part of this campaign and both are truly shocking pieces:

This ad, part of the Evolution campaign, received more than 18 million views—which is absolutely awesome by any standard.

This piece tells a story—the story of the creation of a beauty ad—and this story prompts both awe and anger. These are two of the major emotions that Wharton researcher Jonah Berger identifies being most associated in share-ability in his book, Contagious.

A follow-up campaign to Evolution was Onslaught:

Like Evolution, the Onslaught ad tells the story of a young girl and all of the skewed and impossible depictions of beauty that bombard her in a single day. It urges us to speak to our daughters about beauty before the beauty industry does.

The Evolution Campaign was inspired by Tim’s awareness of unrealistic beauty expectations permeating our world, as well as the effect it has on women. It’s a standard so internalized that it leads 98% of women to state that they wouldn’t describe themselves as beautiful.

Again, only 2% of women describe themselves as beautiful.

It’s a stunning statistic, but it probably won’t inspire action, and it may not even stay with you long after you’re done reading this article despite how stunning it is.

Instead, the powerful message and the shock-and-awe value of each and every one of these videos is high, which is partly why they went so viral. But each video also tells a story, and that story is a much more effective means of communicating the problem of unrealistic images of beauty in the world than that simple 98-percent statistic would ever be.

A Story’s Worth a Thousand Stats

We are living in a data-overrun world—a world filled with statistics, facts, and figures. We often think that using data to prove our point will automatically get people to side with our cause, to take action to help, or to buy our product.

If we just tell them that 80% of project managers saved 15 hours a month using our software they’ll see the value and buy it right away. If we tell the generous people of the world that one in three people in sub-Saharan Africa doesn’t get enough to eat, those generous people will donate to help solve the problem.

Some might, but the vast majority won’t. Why? Because facts, figures, and statistics don’t move us to action—not like those stories that Dove created do.

This is why storytelling is so important—and why it’s so much better at prompting real action.

These films are stories, and each of them is far and away a better solution to achieving a desired action than a simple statistic… but, they could be even stronger.

Countless psychological studies dating back two dozen years show that people tend to contribute significantly more when faced with a story about a specific person than about a statistical group. In this study by Kogut, et al., it was shown that personal details about a specific individual inspire nearly double the action as a generalized group of people. This is known as the Identifiable Victim Effect, and it’s a psychological finding that we take special heed of in our work here at Stillmotion. It’s why we always lead with people in our films.

[Tweet “Studies show that people are twice as likely to act when told a people-first story, instead of stats.“]

People naturally seek an emotional connection with other people. When your message leads with that sort of connection, it prompts significantly more action on the part of the audience.

This is one of the biggest missed opportunities marketing and development.

How many times have you seen a product video and been unsure about why you should even care? When this happens, it’s often because the company has chosen to lead with purpose by focusing on the features and benefits of their solution, over people—the catalyst for connection.

But what if they had told you a story of a customer who’d been transformed by the company’s product? Or a story of the company’s founder, and her journey to creating a life-changing service?

You’d take notice, you’d care, and you’d remember the next time you had a need for that product.

Story Over Stats in Practice

Here are two videos that demonstrate the power of stories over stats very effectively. Both videos have the same purpose: to show a company’s commitment to sustainable and humane farming. But the films go about this in very different ways.

The first is Sainsbury’s, a British supermarket chain. Sainsbury’s is known for a number of very smart, very well done films and ads that tell great stories and really engage the audience—the film you are about to see isn’t one of them, however.

Now, I say this as a person who is staunchly against factory farming and who cares deeply about the welfare of animals. This film was painful to watch. Simply, the way they go about sharing this information… well, it leaves a lot on the table. Note that it’s gotten less than two thousand views. There’s a reason for that. And it’s a shame, because there are a lot of people out there who care about where their food comes from.

Now, watch this film from Chipotle:

Chipotle tells a people-first story—or scarecrow-first in this case—and it not only keeps you engaged throughout (despite being nearly twice as long) but it may actually prompt you to download the Scarecrow game that they developed alongside the ad.

What’s interesting is that they keep the ending unfinished. As a viewer, I wonder if the scarecrow will affect change with his little initiative. And that’s what’s brilliant—they’re inviting us, the viewers, to shape the ending by downloading the game.

Within the first week of debuting, this viral video prompted more than 250,000 downloads of the game—and more than 4.4 million views of the video. They’re up to almost 16 million views now.

Chipotle’s film uses the lessons of the Identifiable Victim Effect, while the Sainsbury’s ad is a classic features and stats-first film that fatigues more than it educates, then distances more than it engages.

If we want to inspire action and be remembered we need to be a catalyst for connection, and we do that through people, more specifically through people-first stories.

As you think about reaching out to your potential customers or possible donors, ask yourself, are you losing them with stats or are you engaging them a people-first story that converts?