In the documentary and television world, we see interviews all the time.

While there is a huge variety of choices to be made when recording an interview, there is one choice you commonly see happening about 80% of the time…

Can you guess what it is?

While the long sided interview is what you will see most frequently in documentaries, you will also see filmmakers (especially when first starting out) choose to do a short sided interview without really thinking about how it relates to the content or how it makes the viewer feel.

So… what exactly is the long sided interview, how do you set it up, and why is it often the best way to go?

Let’s talk about it…


What Is A Long Sided Interview?

Understanding how to compose a long sided interview starts with understanding the difference between the long side and short side of your frame.

So let’s say you’ve got a single character on screen for an interview. Now you must identify the space to the right and to the left of their head — the space that is LARGER is considered the long side, the space that is smaller is the short side.

In a long sided interview, the subject is looking slightly toward the long side of the frame. 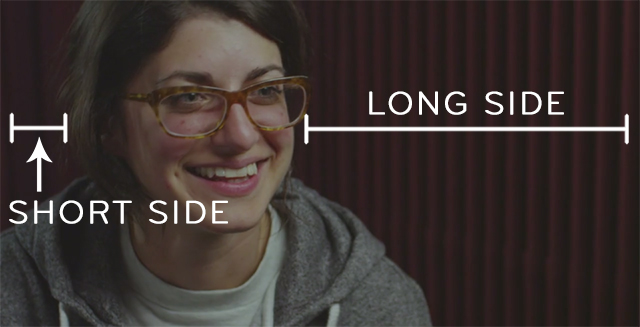 How Do I Set Up A Long Sided Interview?

For a pleasing long sided single-person interview, you generally want to have your interview subject’s eyes looking a few degrees off the center of the lens looking towards to the long side.

For filmmakers just getting started in producing single-person interviews, here are some general rules for camera placement, interviewer vs. interviewee position, and light:

Check out how we composed this interview for #standwithme: 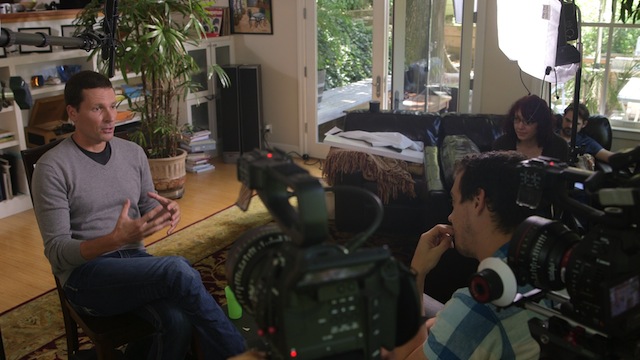 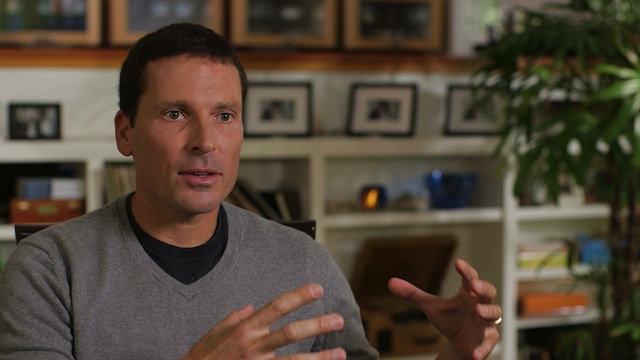 These are not absolute rules, but they are very common in single person interviews.

For example, you could place your camera higher than your interview subject’s eyeline because you want them to feel smaller on screen or because it’s a more flattering perspective for them. Or, perhaps you create a harsh lighting plot to convey a feeling of tension and gloom.

Whatever your scenario, we always advocate creating a composition that best fits your story and how you want to convey your characters.

Why Is Long Sided (Usually) Best?

Despite knowing these basic rules, you’ll still see short-sided interviews out there. Often times filmmakers will go this route for no reason other than mixing it up.

Our thoughts on this… short sided interviews are usually not the right choice!

Short sided interviews make the viewer feel tense and awkward — the subject is looking out of frame and they feel very closed off. Unless this is the feeling you’re going for, there’s really no reason to be doing a short sided interview.

Think about how it makes you feel if you were talking out loud towards a large open space like a living room vs talking your ideas towards a wall.

One makes you like you unrestricted and grand, while the other makes you feel tense and confined.

But wait… what about center composed interviews?

Center composition is the second most common type of composition for interviews. We center compose interviews when we want the viewer to make a very strong emotional connection to the character.

You see interview subjects centered composed very often in reality TV shows, news reporters in the field, and situations where the subject is delivering a very direct message to the viewer.

When we create center composed interviews, we like to have the interviewee looking directly into camera.

Center composition looking directly into the camera is also very prevalent in tutorials. However, tutorials are typically scripted – they are not interviews.

Center composition is a very powerful story telling tool. Know when you want to choose it and why!

We’re advocates of the long sided single person interview for a few reasons:

1. It’s a compositional choice that is often congruent with the way that we want the viewer to feel about both the content of the interview and the interview subject’s personality.

2. Short sided interviews often feel very awkward and create unnecessary tension for the viewer, which is ultimately very distracting and will take away from the story you’re trying to tell.

More than anything, we’re advocates for making compositional choices based on the story we’re trying to share from the interviewee — not just for the sake of visual variety (i.e., randomly throwing in a short sided interview).