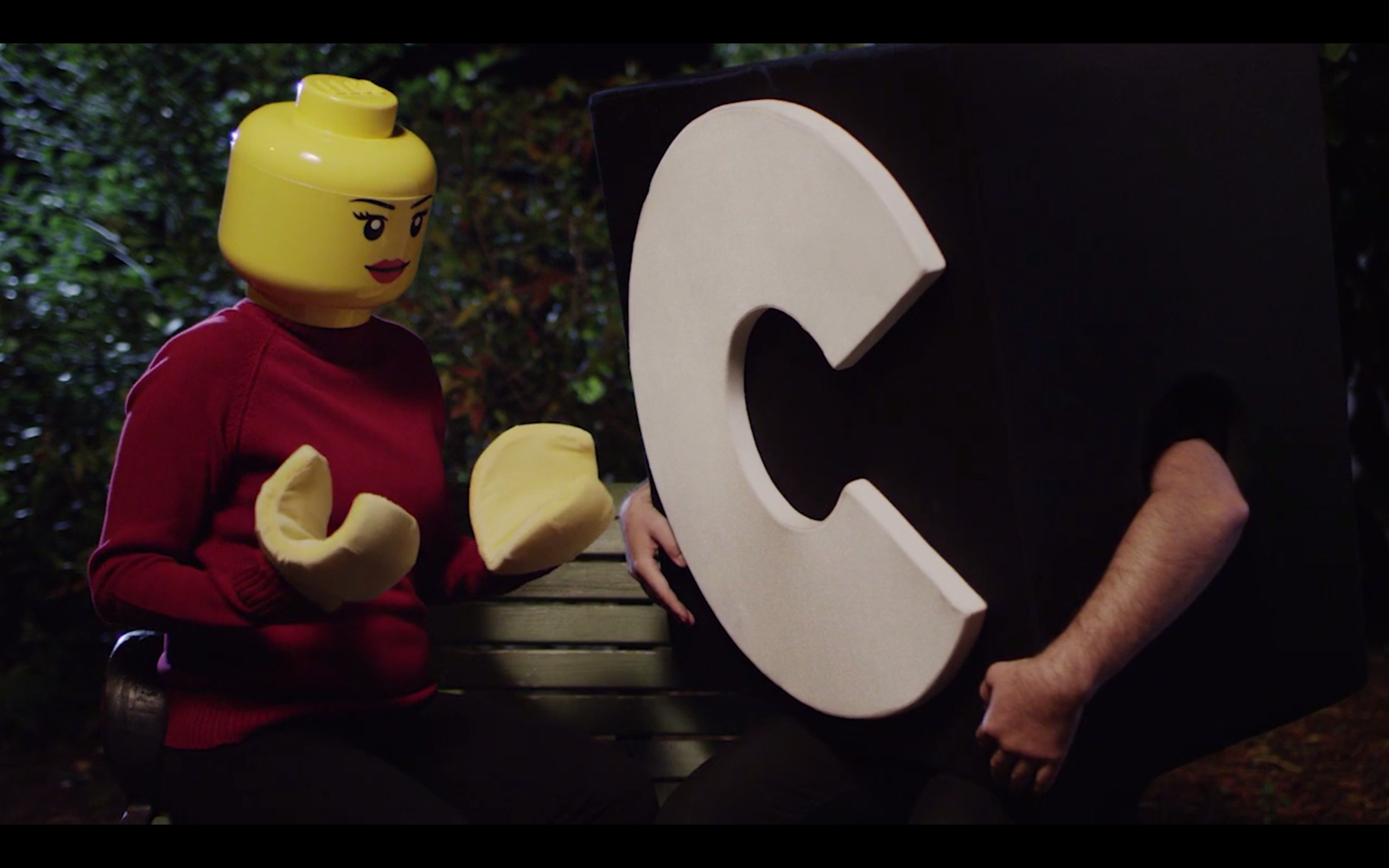 How to Conquer 3 Huge Challenges on Shoots

After Amina hung up the phone the reality of her timeline became very clear. She had just one hour to come up with a concept for a potential new client.

The concept was for a new promotional video for Lego and Cartoon Network, one that would secure them a spot on a panel at next year’s SXSW in Austin, Texas. It’s the premier set of festivals and conferences showcasing the best and newest in film, music, and interactive.

Lego and Cartoon Network may seem like an unlikely partnership, when in fact they’ve been collaborating for years on television shows and toy lines. The showcase for SXSW is their opportunity to bring that collaboration to the masses. For a company to be showcased, people choose who joins the panel by voting on the panelist they’re most interested in seeing.

They were shopping the project around and wanted to hear what Stillmotion could deliver.

It would be no small task. And it all started with an email from the day before.

Out of the blue, Amina gets a message from Cartoon Network on Tuesday around noon. They’ve already completed the paper part of their application and now must submit a video.

Cartoon Network and Amina made arrangements to get on the phone and chat about the project the next day.

Amina learned a lot from that first phone call.

She learned that the video was due in one week—one week! And the competition was stiff, Cartoon Network figured there would about 5,000 other submitted applications and videos.

And she learned about what kind of treatment Cartoon Network would be interested in seeing. They wanted interviews with executives and toy designers, folks located in Atlanta, North Carolina, and Denmark, some of whom would be unavailable for the next few days.

Cartoon Network was shopping the project around to different companies. We weren’t the only horse in the race. Amina needed to come up with a killer concept.

Amina had to end the phone call when the folks from Cartoon Network had to duck into a meeting. Amina agreed to call back later in the afternoon, once they were out of the meeting, which, as it turns out, was about an hour later. On the next phone call they planned to discuss loose ideas for different treatments.

And then she hung up the phone. And exhaled. But it was a calm exhale.

This was the first of many challenges that would arise from the project, but Amina had a solution for each challenge that came her way.

Success is more honestly measured not by what goes well, but by how we choose to overcome what does not.

Let’s take a look at each of those challenges to see what Amina did to remain calm, cool, and collected in the face of some hectic situations that come up on projects. You may have experienced a few of these challenges yourself.

Then, let’s take a look at the final project that she delivered to Cartoon Network and Lego, which you can view below.

[tweetthis]So here it is, how to conquer 3 huge challenges that arise on shoots…[/tweetthis]

It’s a common challenge. It wasn’t that Cartoon Network was trying to put the squeeze on Amina, or that they didn’t value the video part of their application. Like most people, they’re incredibly busy with a lot to do and it created a bit of a time crunch.

Hardly the first time that such a situation has happened, for anyone.

But after Amina hung up the phone she was calm. The plan was to call back in an hour to share some ideas but one had already begun to form in Amina’s mind.

“So do you have that concept for us Amina?” he said, jokingly. He knew that time would be the shoot’s biggest challenge.

Amina had only an hour, but she was able to develop something strong because she had a process.

I hope that it’s no small secret that Stillmotion has developed and uses its own storytelling process, MUSE. At its most basic, MUSE is tool to help find and structure stories, but it’s actually much more intricate than that, helping those who use it to better their interpersonal skills and read between the lines.

In this conversation, Amina listened attentively to what was being said and what was not being said. And then she heard it: Conflict.

The conflict was that so few people really understood the relationship between Cartoon Network and Lego. They had collaborated for years, but folks weren’t really able to define their relationship.

And there it was. Amina would use story to speak to the heart to move the mind.

She knew with the timeline that delivering an interview-based story across those different cities, as Cartoon Network had suggested, would be extremely difficult.

Still, she used MUSE to develop a story that was interview based so that she could deliver on what was asked of her.

But she also used MUSE to structure the plot of a comedic narrative. Amina admits that comedy isn’t ordinarily part of her wheelhouse (“As Patrick says, I’m not known for my intentional comedy,”). At the same time, a scripted story would be much easier to deliver on the timeline.

And she had the power of a process behind her, allowing her to understand and assemble the different parts of the potential story more quickly.

When it was time for the second phone call, the one in which she was just supposed to throw a few ideas around, she was actually able to present the entire script. She read through each line over the phone, acting out each of the parts. The folks at Cartoon Network were laughing—at the parts that she intended.

Here’s a copy of that script:

It was a home run, but Cartoon Network did their due diligence and asked to hear the interview-based story idea. And she delivered on that too.

Solution: Have a process.

Amina had a process, MUSE, and this allowed her to take a seemingly impossible task—deliver two (!) concepts in about an hour—by understanding it to be a series of smaller, more manageable tasks. If she can find the conflict, then she can find what we call the Ask—it’s when the main character (what we call the heart) is confronted by that challenge…and it builds and grows from there. By definition, a process is a series of repeatable steps that you can use again and again.

And having that process already in place can save a lot of time—and stress.

Cartoon Network liked the interview-based story, but Amina’s comedic narrative was easily the runaway win. It had Cartoon Network’s OK, but would it get Lego’s?

Amina sent her script over.

They loved it, sort of. Here the second big challenge came in. Amina’s script called for an interaction between the Lego and Cartoon Network characters, but according to Lego’s desires, the full-size lego person must never speak. There was a precedent already in place. 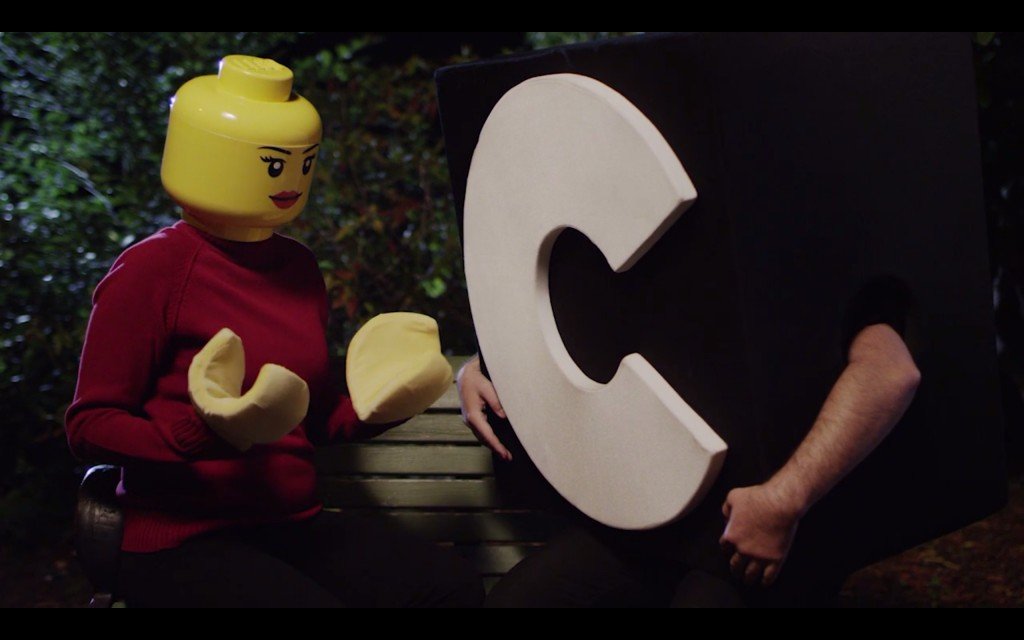 It threatened to put the kibosh on the whole narrative script idea.

Rather than take “no” for an answer, Amina quickly sought alternatives or workarounds.

A “no” isn’t always a “no” in the creative process—often it’s a challenge to dig deeper.

So that’s what Amina did. She tossed around a few ideas with Cartoon Network. One of them was to use one of the smaller Lego creatures, which could talk, and having one giant Cartoon Network interact with a tiny Lego person. It had the potential for humor. But this was tossed out when Amina mentioned people might infer that it was an imbalanced relationship, based on unequal size.

As part of the process, Amina did quite a bit of research. As soon as she got the initial email from Cartoon Network she began learning more. She looked into Cartoon Network and Lego’s online presence, social media accounts, as well as the products that they have up for sale.

During the discussion about Lego’s brand guidelines,  she remembered something that she had come across: Lego’s own storage tubs for Legos—giant Lego heads. 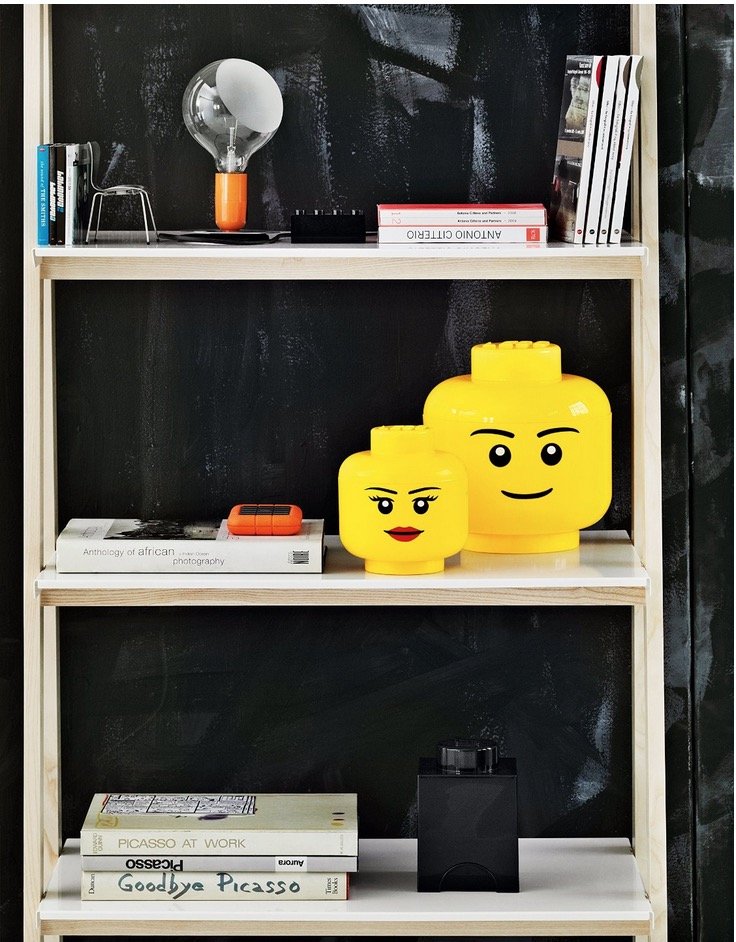 What if she used the lego storage container head instead of any official Lego costume? What if we made our own? It was worth a shot.

She sent the request over.

Lego came back with approval.

We could move forward with the shoot if we used the Lego container heads. Amina’s innovative idea had saved the concept and we moved forward with booking talent, locations, and additional help.

A “no” that could have scrapped an entire concept and shoot came back with a “yes” because Amina not only did her research on what was out there, but she continued to innovate solutions.

It’s about being solutions focused, rather than problems focused.

It’s about thinking outside the box, if you want to get it done. You find a way. Don’t give up, find a way around.

For this project we expanded our team to work with freelancers. Our lead editor Jeremiah is absorbed in our feature length documentary and unable to pull away, and Goose our all-around go-to guy was already being pulled in a number of different directions.

So we hired a freelance editor to complete the Cartoon Network-Lego piece in order to deliver on time. But then, life happened. The freelance editor had a family emergency and had to remove himself from the project at the last minute. The editor exited on Monday, we had to deliver the film on Tuesday.

Rather than focus on the problem (“We have no editor!”), Amina focused on solutions (“Goose, do you have any extra bandwidth to help us, please?”). Goose is Goose, so he said yes. Ten minutes later the project had a new editor, and Goose worked late into the night. And it was completed, delivered, and the clients loved it.

While seemingly the solution came about in 10 minutes (“Goose, could you help us please?” — he said yes), the solution was actually laid in place long before. The key is to surround yourself with strong people who are reliable, have amazing attitudes, and who you can trust.

Building a strong team is laying the groundwork for future success. When challenges arise, as they always do, it’s important to be surrounded by smart, hardworking people who you can rely on. This is something you can start working on right now, with the very next person who you choose to work with.

These are the three major challenges that Amina and the team encountered on a recent shoot, as well as the solutions that brought everyone to the final product.

Now let’s take a look at the success:

If you dig the video and want to learn more about the Cartoon Network-Lego partnership, you can vote to see them at next year’s SxSW here.

Which of these challenges do you most often run into on projects? Time? Parameters? Or life happens?