this month we are working on a different take for an open to an NFL event coming up. for the piece we needed a setup that could be worn by athletes and give a sense of their POV. we researched all the different setups out there and after making some calls decided it was best to construct our own. shane hurlbut has an awesome rig with wireless video and focus, but after speaking with their team it felt like it would be a little too much for a lot of the run and gun type shooting we will need to do with athletes on tight schedules. when we set out to put this together we had a couple things we wanted to have; wireless video so we can get a sense of what we are shooting, adjustable counter weights so we can switch lenses or cameras, and a camera mount that is adjustable so we can tweak the angle for specific setups and shot.

after a couple different revisions we ended up with the design below. the winning helmet was just a regular skate helmet from the local sport chek. it was big enough to fit a variety of head sizes and we will bring toques (beanies for those americans) to get a snug fit. tiffen makes this awesome accessory plate that allows you to add merlin weights to the stage of your pilot or flyer. the ability to add weight in any amount and change them on the fly was huge so we ended up mounting this bracket straight onto the back.

the camera mount is achieved through two different options. the first is a small monitor arm that allows for the most flexibility on where the camera is positioned. we have two holes where the arm can mount in case we want to change the horizontal alignment of the camera. our second option is a small manfrotto ball head which offers the most stiffness but less flexibility in how we position the camera.

the wireless video was achieved with a super simple and inexpensive solution from robert benson at dslrwirelessvideo.com. for less than $300 he offers a monitor and transmitter that plugs directly into a DSLR’s video output (the RCA port, no the HDMI). the range is not huge and the picture is not great for critical focus, but it lets you see composition and gives a very good idea of what is going on.

for cameras, the objective was to go as light as we could to minimize the amount of counter balance needed, give us more room for heavier lenses, and reduce overall weight (which helps for fast motions that the athletes may need to make). we started off with a 7D (2.0lbs) but after our initial tests it felt a little hefty overall so we switched to a T2i (at a mere 1.16 pounds) for a much more nimble setup overall. we wanted to go with a wider lens to really show as much of the environment and give a sense of the person interacting with their environment. given the 1.6 crop on the T2i, we needed to go super wide with lens choice. we packed a 15mm fisheye, which with the crop did not have too much distortion, as well as the 14mm f2.8 which is heavier but much less distorted.

today, if the weather in toronto and dallas cooperates, we are heading out for the superbowl and the first tests of the rig. total cost was $1250 including the helmet, wireless video and monitor, a new T2i, and the brackets (not including merlin weights or lens which we already had). 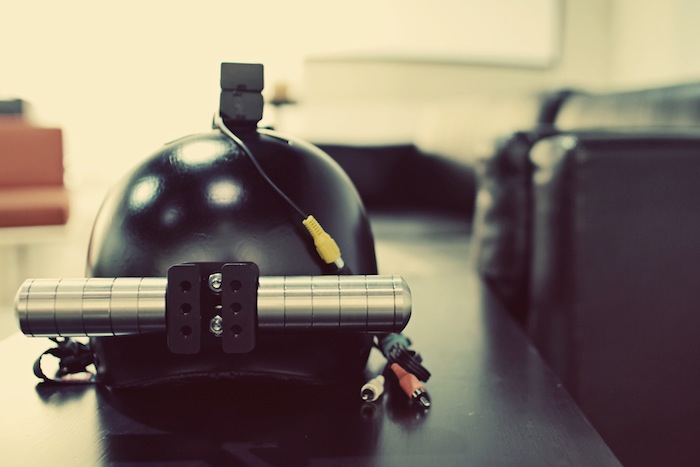 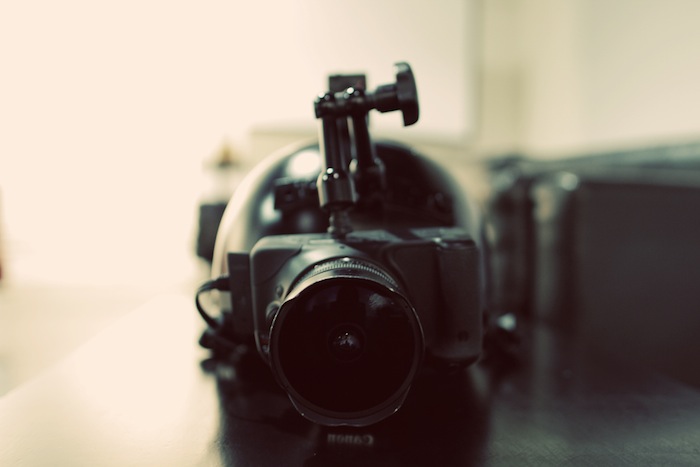 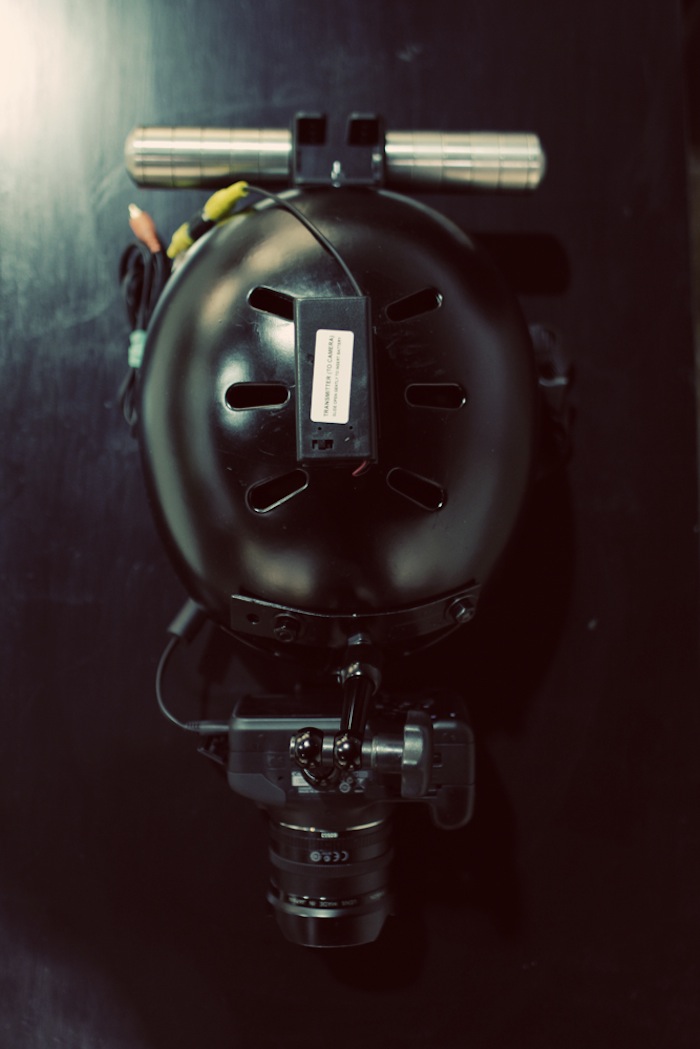