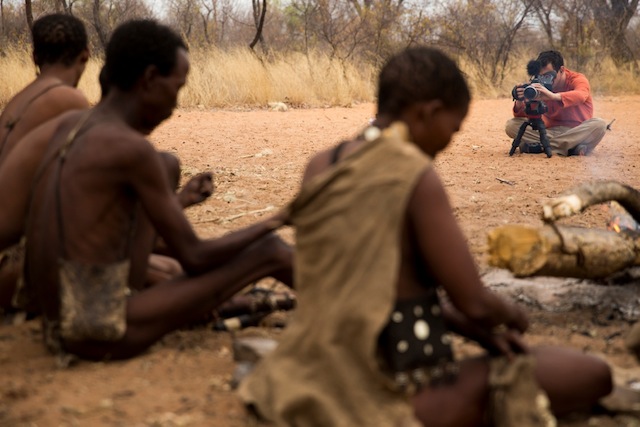 What a crazy couple of weeks we’ve had!

As some of you may know, Joyce and I have just returned from a 10-day safari in the Kalahari desert in Namibia — one of our very last shoots for #standwithme.

The trip to Namibia was all about capturing one of our film’s main characters — humanitarian photographer Lisa Kristine — in the field, photographing remote indigenous cultures. It was Lisa’s photo that originally sparked a fire in our film’s other main character, the 9-year-old lemonade activist Vivienne Harr.

We’ve put so much into this documentary these last six months, because we know that the story of Vivienne’s lemonade and where it falls in the grander scheme of the world is a story we absolutely have to tell.

But while we were there in the Kalahari with Lisa and the Bushmen, specifically the last remaining members of the indigenous San of South Africa… we found another beautiful story we just had to tell.

So right there in the middle of finishing up a massive project, we decided to take some extra time to do some interviews with Lisa and the San people.

Why? Because there are some stories you just can’t not tell.

We present to you, The Last of the San People:

Throughout the whole process of telling Vivienne’s story, Lisa’s, and the modern slave trade industry — we’ve grown so much more aware of the connectivity we all have to those across the world.

When Lisa took us out into the middle of the desert and introduced us to the indigenous San people… we felt that sense of connectivity more than ever.

The South African government has recently put in place laws that restrict the San people from hunting wildlife, and they’ve been relocated to a remote reservation where they are able to carry out their cultural traditions.

Their language is nearly impossible to learn, and with all of the restrictions that have been put in place on their people it’s estimated that their traditions will go extinct in 20-30 years…

When we asked them about making a video, they were excited to know that their story could be shared with the rest of the world and a look into their life could be preserved. 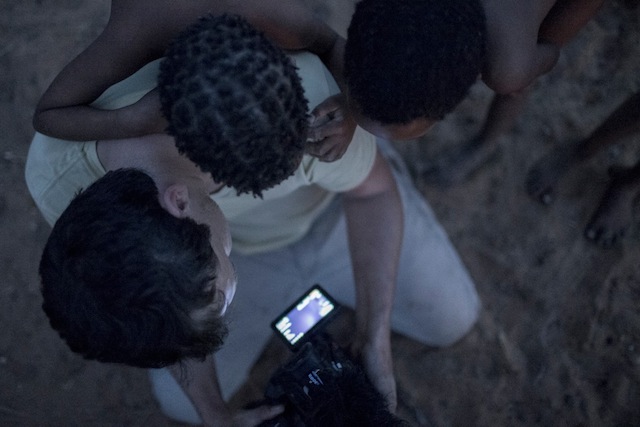 Damn, we loved hanging out with them!

Showing them the footage was such an inspiring experience, and learning about their traditional storytelling techniques kind of blew our minds…

We want to share everything about this experience with you guys — because we learned a ton of new stuff about storytelling and how to really do more with less (we could barely bring any gear with us!!). 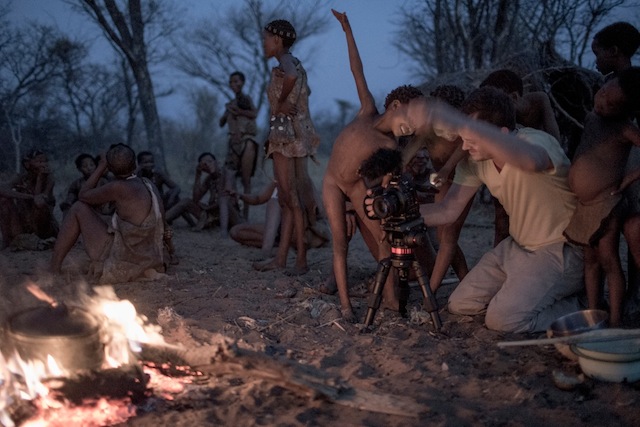 Joyce and I will be here shootin’ the breeze with members of the Stillmotion crew AND ALL OF YOU in an exclusive webcast on Tuesday, October 29 @ 7pm

Like I said, this trip to Namibia was a whole new experience for us as filmmakers and storytellers… and we’ve got plenty of juicy nuggets to share.

Here’s some of what we’ll cover in Tuesday’s webcast:

AND the most exciting part (for us)….

We’ll be showing never-before-shared scene from our latest documentary, #standwithme!

And of course, it wouldn’t be a webcast if we didn’t reward the best questions with some free giveaways… 🙂

Register for the webcast RIGHT HERE…

[Formstack id=1607672 viewkey=Uuz4Jm8fM3]
*You MUST register for this webcast in order to receive a link to the live stream.

And as a special treat for signing up, we’ll show you an exclusive BTS clip of our Namibian adventure..

This has been such a crazy ride… I’m excited to blab about it with all of you guys. All the blog comments, Facebook love, and Instagram likes have been giving me the warm and fuzzies throughout this whole process. Now I want to answer any questions you have!

Leave us a comment and tell us your favorite part!