4 Best Practices to Up Your Audio Game (Yes, You Need This Skill)

I remember it vividly.

We were sitting in the living room of Musisi’s house, which was really just a tiny mud hut in the countryside about an hour outside of Kampala. It felt like a hundred degrees outside. The house was bare. There was a broken furniture set, a homemade table and no running water or electricity.

We sat huddled in the small, dark room across from this modest man who we just met. And as he was telling us his story through our translator his body language told me an equally heart-wrenching one. 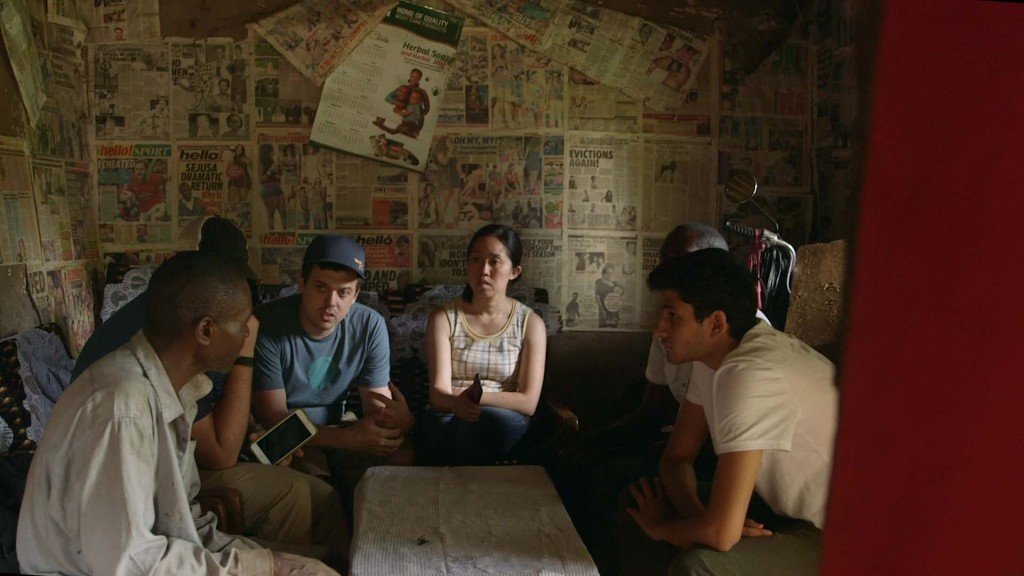 I knew I wanted to tell that story.

Our resources were limited, but we wanted to do him justice. In this post, I’ll break down our approach to the all-important yet oft-overlooked integral aspect of visual storytelling: audio.

I’ll break down why it’s so important, and share exactly what we brought and specifically how we used it.

And I’ll share how we tackled four big audio challenges that came our way and how that translates to some best practices that we all can use moving forward.

But first, more about Musisi’s amazing story—and why we just had to get it right.

As we sat in Musisi’s home, I noticed that he was barefoot, his calloused feet were caked in mud. The wrinkles in his hands were worn from decades of hard labor and the slouch in his posture said “I’m tired.”

Musisi is a family man through and through. Although he works eighteen hours a day, six days a week he still struggles to provide for his family, more specifically to put food on the table and send his four daughters to school. And possibly precisely because he is an uneducated man, Musisi understands that education is the only chance his kids have for a better life. 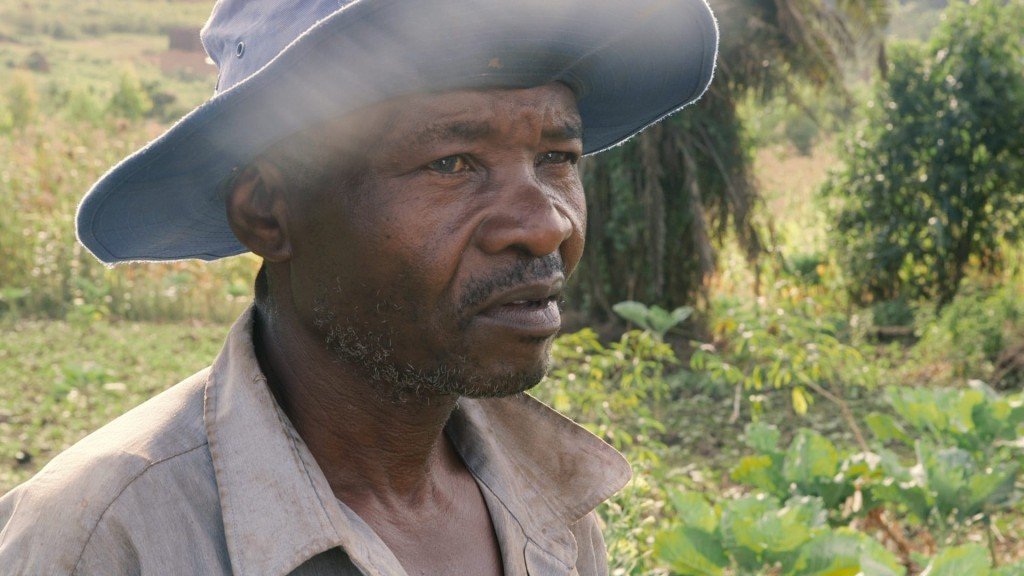 Ten, twenty, thirty minutes pass and the longer we sat on that creaky bench, the more we heard about his story, the harder it was for us not to just empty our wallets to help.

Every one of us in that room was ready to pour out cash to help this man but we also realized that isn’t our greatest contribution. While a few hundred dollars would have made a massive difference for Musisi we are reminded of the fact that there are hundreds and thousands of other families with stories like this all over Uganda.

And we can’t donate to all of them, we just don’t have the resources to do it.

Not only do we not have the funds to help an entire country of underprivileged girls, we also lack the infrastructure to properly distribute the aid, even if we had the funds.

If we wanted to help, we needed to do it in another way.

So with a week of donated time, a few small bags of gear and the commitment of a few passionate filmmakers, we set off to give the gift of story. It’s what we know best and if done well, could have far greater impact for these families than our combined monetary donations ever could.

We partnered with One Girl, a nonprofit organization that advocates for girls’ education, to tell Musisi’s story as a way to bring awareness and support to the important work that needs to be done across Africa.

But being in a third world country halfway around the globe on a tight timeline with minimal resources and new team members meant we had significant challenges ahead of us. 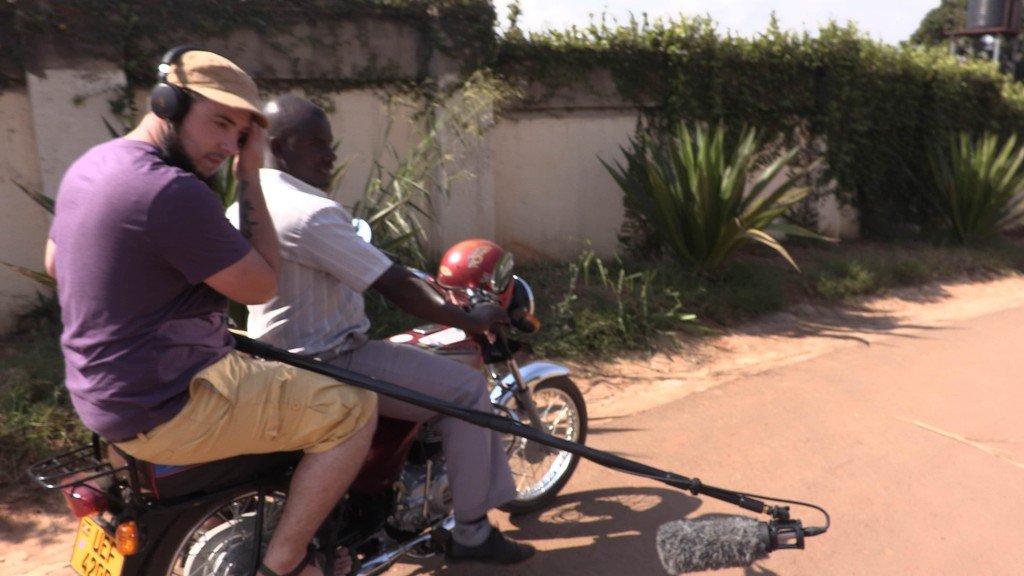 Sure a couple of us have worked closely together for years and felt comfortable leading the direction and cinematography of the piece, but that’s only a part of the plan. No matter how well we use light, composition, color, lens choice, movement, and all the other beautiful parts of making story-relevant imagery, that still only adds up to half of a successful film.

The other half is equally as important.

Audio is half of what you see and has the incredible power to immerse and connect your audience in ways not even the most expensive camera can. It can reach out to an entirely separate one of our senses, one that is so effective, yet often neglected.

And given the limited resources of our shoot, we needed help if we were to fully utilize both the visual and audio elements to push this story forward.

Luckily for us filmmaking is a team sport, and we had three eager Muse storytellers, Lindsay, Adam, and Ahmed, join us in Uganda to help.

Together, Lindsay, Adam, and Ahmed combined for some photography and video experience but none of them had much, if any, experience with recording audio. Knowing how vital audio is to the story we had our work cut out for us and immediately put in a plan to teach our new friends how to capture great audio.

Here’s the audio kit we brought:

After going over the basics of the different pieces, proper boom positioning and functions of the external recorder at our accommodation we made a plan on who was tackling what and when to use what pieces of gear.

The plan was to use the Rode NTG4+ shotgun as our main source for Musisi’s interview, as well as for any narrative-critical dialogue that might come up in other scenes. The Rode Stereo Mic X was mounted on the main camera for general ambient sound and scratch track while the Rode Video Mic Pro on the behind-the-scenes camera acted as the sole audio source for our BTS cam.

For the most part our plan worked well but that doesn’t mean our quest for great audio didn’t come without challenges. There are four distinct challenges that come to mind.

Because of the compressed timeline there were a couple instances when the team had to split up into two crews at two different locations, and with limited resources that meant we had to split up the gear as well.

One instance of that that came to mind is when Patrick, Ahmed, and I shot a scene of Musisi making bricks from mud.

The visuals were awesome but it wouldn’t have half the impact without the sound. While it would have been great to have the NTG4 shotgun low to the ground for those sounds, that setup was with Adam, Lindsay, and Goose at another location.

What we did have on us was the RODE Stereo Mic X and when used close to the source (in this case, low to the ground) we got amazingly clean sounds of his foot squishing the dirt, adding in water to turn it into mud.

We’ve long had RODE gear as part of our arsenal, and every time we bring new pieces into the fold, we take the time to use it and learn all of its features. This way, when difficult situations arise, we’re well aware of each piece and how its features may apply. 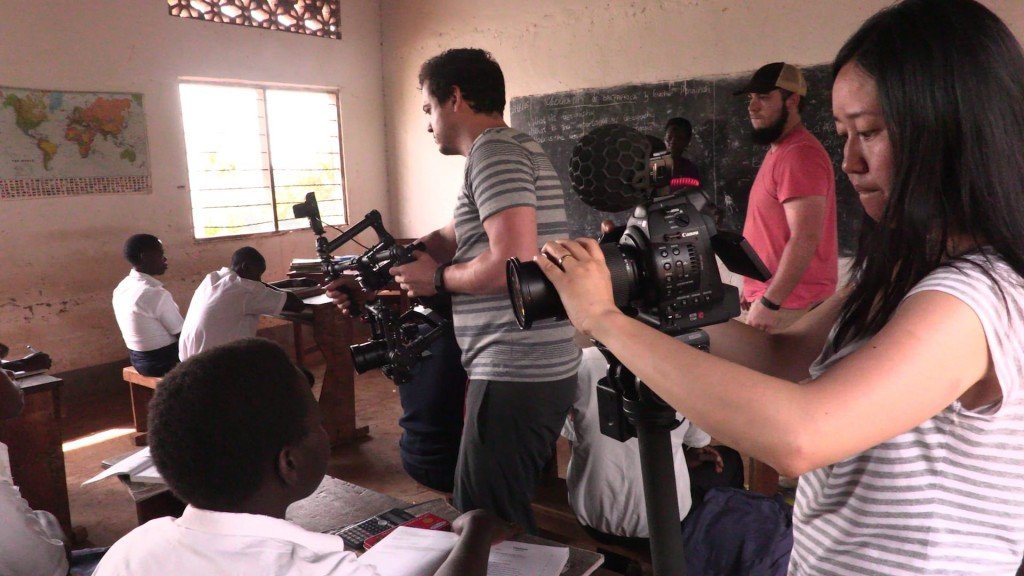 Work with reliable audio gear that you take the time to become well acquainted with. Cameras are very alluring, but know your audio gear. Put the time in. When your first option doesn’t work, this knowledge—knowing exactly what you’re working with—will help you formulate a backup option easily.

Don’t end up with tons more foley work in post because you’re unfamiliar with your gear.

Challenge: No time for proper set up.

We ran into other time constraints during production that came in different forms.

There was more than one occasion in which we had to grab location sound and yet didn’t have time to set up the boom—or it just wasn’t available.

When then happened, we used the B-cam, in this case a Canon C100 and the Stereo Mic X, to grab wild sounds for post.

The sound heard in an urban soccer scene, as well as a scene in which a tire rolls with kids in the slums, is all from this simple yet effective camera-top stereo x-y microphone.

Despite our limitations and time restrictions, we made the effort to record sound in the field.

Don’t skip location sound. In the rush to get the shot, consider the whole picture—sound included.

Another audio challenge occurred during Musisi’s interview. We had to battle some extraneous unwanted sounds: some light wind and the constant rumblings of a distant tractor (or some kind of machinery).

Doing the interview inside of Musisi’s home would have helped, but it was rather dark and that meant we would have to do a lot of lighting—in a place with no electricity—to give it the look we wanted: bright and full of hope.

Given our timeframe we had less than an hour to set up, so we asked Musisi, his translator, and his interviewer to sit outside near a wall to his home. The wall would act as a shield to the wind. And instead of bringing a bunch of battery-powered lights inside his dark living, we simply modified the sunlight outside. 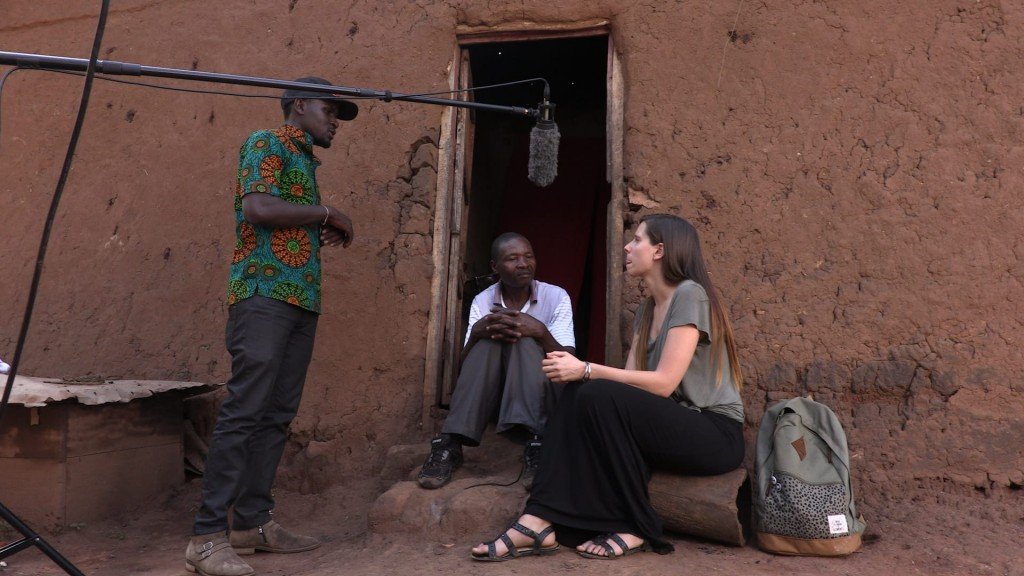 This was the best solution for this situation and having a solid, broadcast-quality level microphone like the NTG4 with a high-pass filter option really helped us navigate the challenges of shooting in less than ideal outdoor situations.

If you find that the environment you’re recording in is picking up unwanted sounds, consider how you could use that same environment to your advantage. Consider what’s generating the noise—can it be stopped? Consider where you’re filming—can it be relocated quickly?

On our last day in Kampala we pulled together a rough edit of the piece. It became very apparent very quickly that it was missing one BIG piece: ambient sound.

We’d done a solid job of getting critical sound for specific scenes but we still needed a general sound bed that was particular and local to Kampala, ones that we couldn’t recreate in post back home in Portland, Oregon.

We needed sounds of little Ugandan kids playing on the street, the chatter of school girls at the school, and the hum of the nearby market—all of these were sounds that included the local language.

So on the last day, just hours before our flight, our newly trained sound-recordist set out on an afternoon adventure to capture a whole bank of wild tracks. 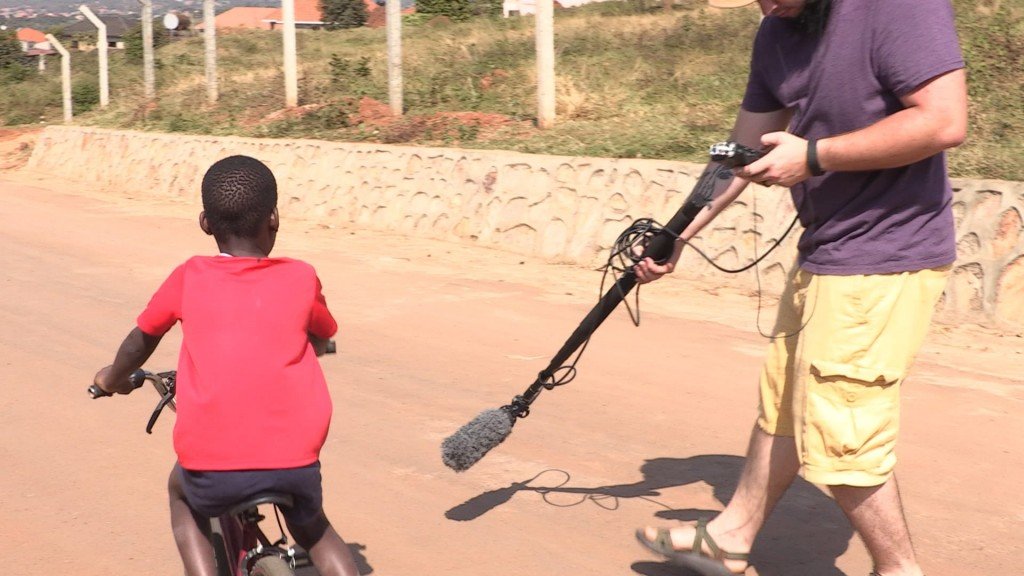 And it made a massive difference in how much you feel and experience the final piece.

Incorporate a moment to capture ambient sound into your call sheet. Scheduling it as part of your day will not only allow for authenticity, but it will teach you to prioritize the act, saving you time, money, and headaches in the future.

Because of the documentary nature of the piece, and the distance from home, we knew we had limited chances to get the sound needed for this film—and thankfully, we had an easy-to-use yet extremely effective audio solution.

From the powerful boom shotgun setup to the simple directional on-camera mics Rode gave us the tools to scale up or down, quickly and easily, based on our audio needs and resources at hand.

It wasn’t without its fair share of challenges but looking back I’m so glad we embarked on a journey to tell this story. And although it was a short doc with rather limited resources, I’m proud to say we gave as much attention to the sound as we did the picture.

What about you? Share some of your biggest challenges with audio below.